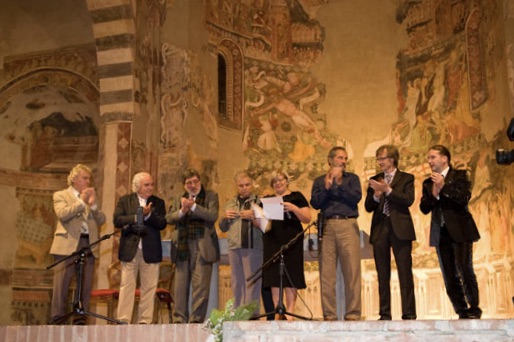 The Concorso Internazionale di Composizione per chitarra classica «Michele Pittaluga» was first held in 1997, two years after his death and on the occasion of the 30th anniversary of the foundation of the «Città di Alessandria» classical guitar competition, as a tribute to Michele Pittaluga, the founder ,a man of great culture and personal charm. Michele Pittaluga born in Alessandria in 1918, only child of parents who brought him into contact with music from a very early age. His great interest for cultured music and art in all its different forms saved him from the terrible experiences of the war. Taken prisoner by the Germans in 1943, he was interned in several different concentration camps where he met some prisoners with whom he formed a small chamber music group. Some of these concerts were even broadcast over the German radio.
He returned to Italy in September 1945 and after finishing his studies at the Faculty of Pure Chemistry and Pharmachology he embarked on a very successful career as a chemist. From that moment on he divided his life equally between work and his various artistic interests.

After having co-operated in the realization of musical seasons for some cultural associations and having contributed as critic to some national papers and magazines, he was appointed Principal of the music high school Liceo Musicale «A.Vivaldi» in 1965.
In 1971, thanks to his determination and his intervention, it became a State Conservatory. He remained its Principal till 1982. During that time he set up one of the first experimental chairs in classical guitars at the Vivaldi conservatory. His frequent visits to concert halls all over Italy gave him the opportunity of getting to know the most famous interpreters of Classical Music, one of whom was the great Spanish guitarist, Andrés Segovia.
In 1968 he set up the competition «Concorso Internazionale di Chitarra di Alessandria», with Andrés Segovia as honorary president and Alirio Diaz as president of the jury, thus becoming one of the most renowned figures in the international guitar scenario. He received countless acknowledgements thanks to his great culture and to his relentless efforts as a promoter of music, was invited as a member of the jury in many international music contests and had musical and artistic links with numerous important cultural foundations. In the last few years of his life he was involved in courses in the culture of music at the University for Old Aged Pensioners and in listing and cataloguing the massive and impressive record and bibliographic archives he had collected.

Competition Composition - The setting up of this new part of the competition is but one of many activities carried out by the Organizing Committee that took over from Michele Pittaluga from the day he died. Its job is to promote and spread the awareness of the guitar by increasing the contemporary repertoire of the guitar.
The «Michele Pittaluga» Composition Competition was accepted by the World Federation of international Music Competitions of Geneva right from its first edition, creating great interest due to the novelty of its theme and the fact that it is the only competition in the world of its kind.

Program - For the first four years the competition was held every year and it awarded prizes for solo guitar in 1997, for guitar duo, trio and quartet in 1998, for guitar with string quartet and quintet in 1999 and for guitar with orchestra in 2000. From the 2002 edition the competition takes place every two years, in June so as to allow the first ever performance of the winning score during the final of the Performance Competition in September of the same year. In 2002 the theme was «trio with guitar», the 2004 edition was «solo guitar», the 2006 «duo with guitar», in 2008 «guitar duo or trio», in 2010 “Guitar with string quartet”.In the year 2012, for the tenth edition, was required a short piece for solo guitar ,with the intent to find oneLeit motiv of the guitar competition. . The winning work was "Path of history" by the Venezuelan composer Luis Ochoa and was recorded in the Naxos Cd of the year 2014 by Eren Sualp. After 2012 the competition is scheduled every four years . The 11th edition was held in 2016, the twelfth in the year 2020.

Prizes - The total cash prize money is changing in the years but includes the «World premiere» performance (sponsored by the “Isabella Boveri” Prize) of the finalist scores in front of its composers, on the occasion of the final of the International Guitar Competition in Alessandria and the publication by a renowned Music publisher of the finalist compositions.

Contestants - The success of the Composition section of the Alessandria Competition was evident right from the first edition, with 85 scores arriving from all over the world. In 2016 the contestants were 69.

Winners - In some editions no first prize was awarded. The Jury and the Committee can decide to perform one of the finalist scores for the «World Premiere». The winners and the finalists are always in contact with the secretary’s office to give the designated interpreters precious advice on the performance of their score and to check the first printing. 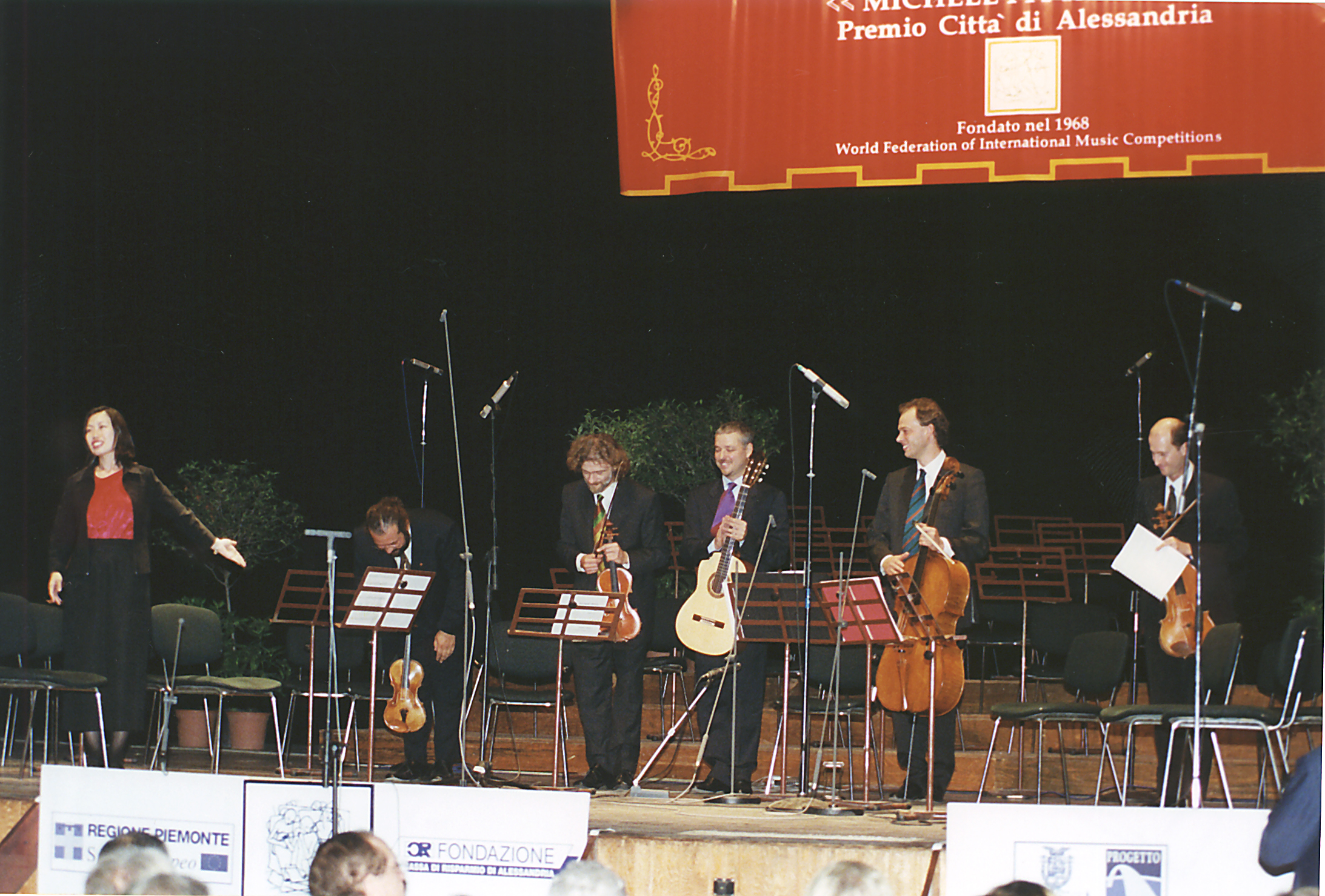