THE HISTORY OF THE INTERNATIONAL CLASSICAL GUITAR COMPETITION 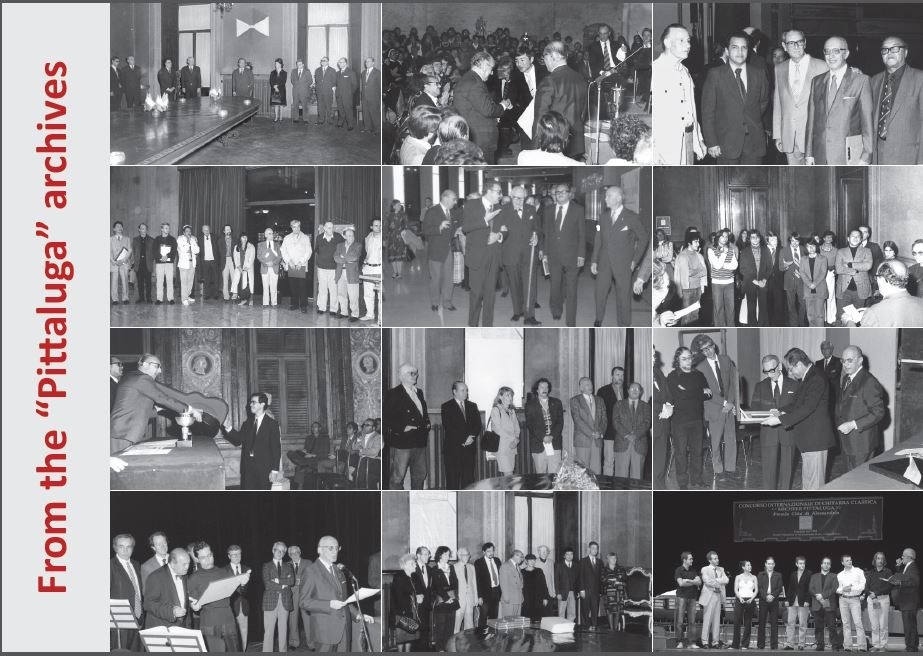 The Classical Guitar Competition entitled City of Alessandria was first held in 1968 on the occasion of the celebration of the 800th anniversary of the foundation of the city. The promoter of the initiative, the first of its kind in Italy, was Dr. Michele Pittaluga, the internationally famous musicologist from Alessandria, who had previously created one of the first chairs of classical guitar music at the Antonio Vivaldi music lyceum where he was the principal and which, thanks to his interest, later became a state Conservatory. The Honorary President of the Jury for the first edition of the Award was the great Spanish master, Andres Segovia, then from the second to the fortieth edition, the Venezuelan, Maestro Alirio Diaz, and in the last decade, the Cuban born Maestro Marco Tamayo. After the death of Dr. Pittaluga, in June 1995, the name of the competition was changed to Michele Pittaluga International Guitar Competition - Premio Città di Alessandria and is organized by a special committee that has, as part of its constitution, the commitment of spreading the knowledge of the guitar repertoire, promoting new talents and supporting initiatives in favor of these goals. The Competition, that is held annually, will have its 53 anniversary in the year 2020.

Since 1981 has been a member of the Fédération Mondiale des Concours Internationaux de Musique with its headquarters in Geneva, and membership in UNESCO, and it is the only Italian guitar competition that belongs to this organization and the only one devoted to the guitar member of the WFIMC Executive Committee. Also since 1981, in response to the directives of the World Federation, the program of the Competition has been extended to repertoires with orchestra or string quartet. Over the years, many orchestras have played for the Competition, including the Angelicum of Milan, conducted by Mr. Bertola, the Turin Symphony Orchestra conducted by Mr Mariatti, the ATA Orchestra of Alessandria conducted by Mr Bertola and Mr Muller, the Philharmonic Orchestra of Piacenza conducted by Mr Rota, and the Nova Musica quartet. The famous Philharmonic Orchestra of Turin has played here for some years and lately the Vivaldi Philharmonic Orchestra and the Orchestra Classica di Alessandria conducted by Mr. Ferrara. Since 1995 the Competition in Alessandria has been placed under the High Patronage of the President of the Republic of Italy and since 2006 under the Patronage of Unesco Italian Commission too. As we can see from the lists published overleaf the most important personalities representing a wide spectrum of the guitar world have taken part as members of the jury or as special guests. In over than 50 editions the “Pittaluga” awarded many young guitar players who have made a splendid concert career; just scroll through the list of winners published in the Competition's website.Among the winners of the last few years we would like to cite the Cuban born Marco Tamayo, Goran Krivokapic from Montenegro, Petrit Ceku from Croatia, Marcin Dylla from Poland, Flavio Sala and Adriano Del Sal ,Lorenzo Micheli and Emanuele Buono from Italy, Marlon Titre from Holland , Artyom Dervoed, Rovshan Mamedkuliev and Irina Kulikova from Russia, Andras Csaki from Hungary. The last winners were Anabel Montesinos from Spain ,Cecilio Perera from Mexico , Lazhar Cherouana from France ,Eren Sualp from Turkey , Marko Topchii from Ukraine, Vojin Kocic from Serbia .The winner is offered a concert tour (more than 30 recitals) in a number of Italian cities and other concerts abroad.

In the beginning the competition was dedicated to solo guitar, but the final has involved orchestral or chamber music accompaniment since 1974. Among the concerts played in the final Concierto de Aranjuez by Joaquin Rodrigo and Concerto in Re Maggiore by Mario Castelnuovo Tedesco particularly stand out, while on other occasions new compositions promoted by the organisers have been performed.

The value of the first prize has risen over the years from 500.000 Italian lire to today’s 12,000 Euros, with the overall prize growing to accommodate guitars made by the best guitar-makers, recordings with the Canadian label Naxos and other international labels, concerts in Italy and abroad and scholarships to important musical academies.

To run alongside the main competition, Michele Pittaluga and Diaz arranged guitar courses for seven consecutive years, while Maria Luisa, Micaela and Marcello Pittaluga have, in more recent years, added many initiatives to the main event, such as a competition for young talents and concerts, amongst which the Concert for a Friend at the Abbey of Sezzadio before and from last year in San Francesco old Monastery in Cassine, as well as creating “guitar corners” in the most evocative parts of the city and setting up the Chitarre in Corsia project where artists play in local hospitals and retirement homes.

Finally, in 1997 a separate contest was created, entitled “International Michele Pittaluga Composition Competition for Classical Guitar” with the idea of expanding the contemporary guitar repertoire. For the first four years the contest envisaged works for solo guitar (1997), for guitar duo, guitar trio or guitar quartet (1998), for guitar solo with string quartet or quintet (1999), for guitar and orchestra (2000). After the year 2000, this competition was organised 8 times. In 2020 the 12th edition will be open to composers of any nationality or age.